Utility and Emergency Services in Gujarat

Utility and Emergency Services in Gujarat

As most of the states in India, Gujarat also has a host of utilities and services for the proper living of the people. The government of the state, Gujarat, has invested heavily to provide high-quality services to the citizens of the state, there are various government-operated organisations and companies which are fully functional in providing all the amenities to the people living in Gujarat.

A number of services are also required when you are trapped in a problem, these services range from fire services to the police services. As the rest of the states in India, Gujarat also have allotted funds for the creation and management of these emergency services. The utilities and the services offered by the Gujarat government are: 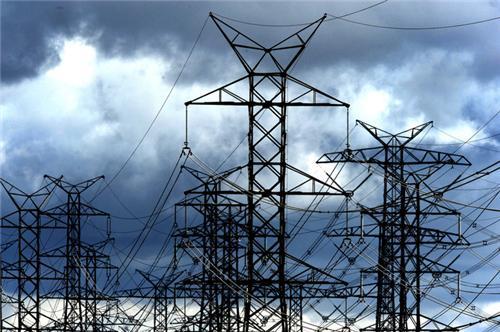 Gujarat Electricity Board (GEB) is the body that manages the power requirements in Gujarat. GEB was established in 1960 when Gujarat was formed with an aim to generate, transmit and distribute electricity to all parts of the state, effectively. The headquarters of the Board is nestled at Race Course, Vadodara. The Board was reorganized into seven companies from 1st April 2005 onwards, and from then the generation, transmission, distribution and trading of the electricity in Gujarat is being controlled mutually by these seven companies. These seven companies are:

Gujarat State Electricity Corporation Limited
Gujarat State Electricity Corporation Limited (GSECL) is the company that is owned by the GEB, which came into existence in August 1993. It is a power generation company that is responsible for the production of the most of the electrical power in the state of Gujarat. Power stations under GSECL are:
GSECL Registered and Corporate Office: Vidyut Bhavan, Race Course, Vadodara-390007

Gujarat Energy Transmission Corporation Limited (GETCO)
It is an electrical power transmission company which was established in May 1999 and is responsible for the transmission of electricity across the whole state of Gujarat.

Dakshin Gujarat Vij Company Limited (DGVCL)
It is also an electrical power distribution company which was established on 15th September 2003 and awarded the Certificate of the Commencement of Business on 15th October 2003. It is the part of the effort that was taken to reconstruct the power sector in Gujarat.

Paschim Gujarat Vij Company Limited (PGVCL)
The company was formed on 15th September 2003 under GEB, and is an electrical distribution company which was awarded the Certificate of Commencement of Business on 15th October 2003.

Abbreviated as GEDA, Gujarat Energy Development Agency is a 33-year-old company that holds a reputation to put Gujarat on the World renewable energy map. The organization has been working in the field of renewable energy development and energy conservation. It is the first State Nodal Agency (SNA) and the State Designated Agency (SDA) which has been actively involved in popularizing the alternative and energy efficient technologies. It is an ancestral agency to the Commission on Additional Sources of Energy (CASE) and the Ministry of Non-Conventional Energy Sources (MNES), which is now known as Ministry of Renewable Energy (MNRE). GEDA has taken steps that involve the production and consumption of the energy from the renewable resources. The main motive of the agency is to create energy liberate citizenship who are capable of making wise energy choices. Some of the main objectives of GEDA are:

Gujarat is on the path to become the largest solar energy producer in India owing to its policies and their swift implementation. A number of nodal agencies are set up which in collaboration with many private companies have been harnessing solar energy to the fullest. Recently, a 5 MW Solar Photo Voltaic roof top scheme has been launched in some of the major cities of Gujarat named Gandhinagar, Vadodara, Mehsana, Surat, Bhavnagar and Rajkot and Bhavnagar.

The project is aimed towards making India a solar hub in the world. The nodal agency which has been entrusted with the responsibility of development of the solar park in Gujarat is Gujarat Power Corporation Limited. In order to mitigate the adverse impact of pollution associated with power generation and to conserve the non-renewable energy for future generation, the government of Gujarat has taken proactive steps to harness the solar energy and establishment of solar parks in Gujarat as a part of the initiative. 224 MW solar projects from 20 developers have already been approved. The solar park will also account for the massive carbon emission reduction in the tune of 3 lakh 42 thousand tons. The park has been developed at a cost of 4500 crores and aims to make India the Pioneer in solar energy generation. This park also boasts of wind energy production of 2 MW.

The canal solar power project is first of its kinds in India and aims to utilise the 19,000 kilometre long stretch of the canals of Narmada for installing solar panels which will generate substantial amount of electricity, thereby, reducing the load on non-renewable source of energy. Sun Edison India has commissioned the project in the Mehsana district of Gujarat. The Pilot project was inaugurated in 2012 which would produce 1 MW of electricity. The Pilot project will not only generate clean power but also minimise the requirement of acquiring vast stretches of land for the purpose. Another advantage of the project is that it will prevent 9 million water from being evaporated from the canal. The project has been developed by the collective effort of the Gujarat State Electricity Corporation and Sardar Sarovar Narmada Nigam Limited. 11000 acres of precious land can be saved if the long stretch of canal is utilised in a proper way. The Prime Minister has said that if even 10% of the total span of the canal is used, we would be able to produce 24000 MW of clean energy every year. 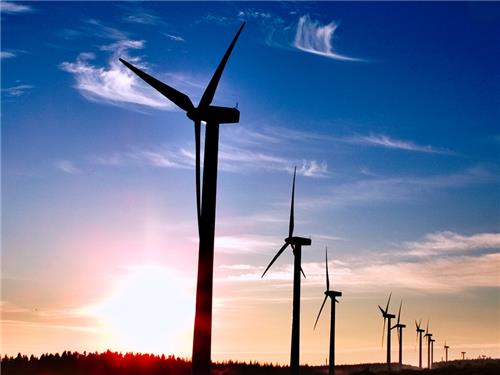 GEDA, Gujarat Energy Development Agency is also working towards tapping wind energy to produce clean power with an aim to reduce the burden on the conventional source of energy like coal. Gujarat has an impressive wind potential which can be mapped and can be used for irrigation purposes if mapped and correlated with the cropping pattern in the state. GEDA is managing the wind energy in Gujarat and oversees the windmill design, research and development. The wind energy projects comprise setting up of wind turbines and wind farms for wind power generation. The privatisation of wind energy generation is also encouraged in Gujarat.

With rapid urbanisation, waste material management has become very important as relying solely on conventional sources of energy will soon deplete the fuel reserve. GEDA has, therefore, come up with various schemes and projects like: 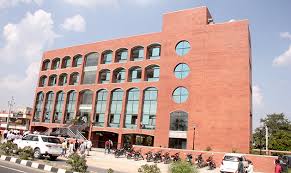 Gujarat is, undoubtedly, one of the most developed state of India. The commerce in Gujarat is always booming. Gujarat has also had the highest number of NRIs who have resided out of India. All these reasons make it quite natural that the state has most of the national, private and international banks to cater to all kinds of people in the state. People here are very particular about saving and investment which is the cause of flourishing trade and commerce. The people-centric policies of Gujarat Government have ensured that people have employment and basic amenities of life. Due to all the aforesaid reasons, Gujarat is home to many banks - private, public, international and co-operative.
List of government banks in Gujarat:

Gujarat also features with a host of private courier companies. These companies provide a diverse variety of services and facilities to the people living in Gujarat. Some of the most popular courier companies in Gujarat are Blue Dart express, First flight courier, DTDC courier and many more.

Telecommunication services are primarily provided by Bharat Sanchar Nigam Limited (BSNL) headquartered in Gandhinagar. BSNL has the responsibility of providing landline, WLL, leased line, broadband and various other features to the citizens. BSNL in Gujarat also provides pre-paid and post-paid mobile connection to the residents. The Gujarat telecom circle of BSNL came into existence in 2000; in the same year it took over the telecommunication services from the Department of Telecom services. 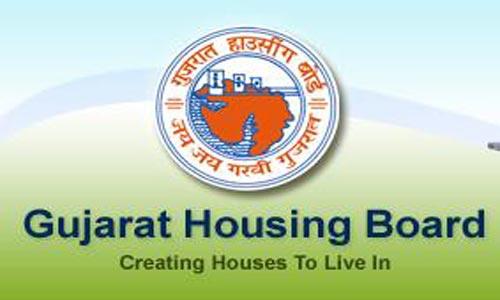 GHB's mission and the objective since its inception has been to construct quality homes, especially for those who are the weaker and unprivileged. All the projects and the schemes of the Gujarat Housing Board have been massively successful because of the quality of construction and a mission to build not only building but homes.

The board is headed by the chairman who is accompanies by a secretary and other board members.

Achievements of the Board so far

Upcoming Projects of Gujarat Housing Board

There are upcoming and ongoing projects taken up by the Gujarat Housing Board in all the districts of the state. A total of 541.90 acres of land is already acquired by GHB for the projects in Gujarat. The major cities like Ahmedabad has 104 acres of land, Barodra has 43 acres, Jamnagar has 62 acres and Surat has 63 acres of land marked by GHB for developing housing projects. This indicates the slew of progressive measures taken up by the state government in the recent years. 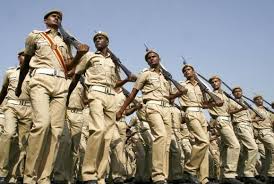 Gujarat Police is the law enforcing body in the state and ensure safety and security of its people. The Gujarat police department came into existence in 1960 when the Gujarat was separated from the Greater Bombay. Gujarat Police headquarters is in Gandhi Nagar. Gujarat Police like all other state police departments in India is headed by Director General of Police. For better administration, the state has been divided into 26 Police districts and 4 commissioner offices which are: Ahmedabad, Vadodra, Rajkot and Surat.

Furthermore, the Gujarat Police has been divided into six ranges which are Ahmedabad, Gandhinagar, Vadodara, Rajkot, Junagadh, Surat and Border Range.

There are also special task force under Gujarat Police which are: Crime branch, Anti-terrorist Squad and Intelligence wing.

Highlights and achievements of Gujarat Police

Blood bank is one of the most important emergency services in Gujarat as most cases of severe accidents leave the patients in dire need of blood that matches the group. Most of the government hospitals, NGOs, private hospitals and medical centres have dedicated blood banks. Some of the blood banks with contact numbers:

Gujarat has excellent medical facilities afforded by various private and public hospitals, multi-speciality and super-speciality medical centres. These hospitals are in excellent condition and equipped with state-of-the art facilities for the best treatment of the patients. Very complex surgeries have been performed at many of these hospitals and patients not only from India but all across the world come to the state for getting treated.

Some of the best known hospitals in Gujarat are:

Fire and Rescue Services in Gujarat